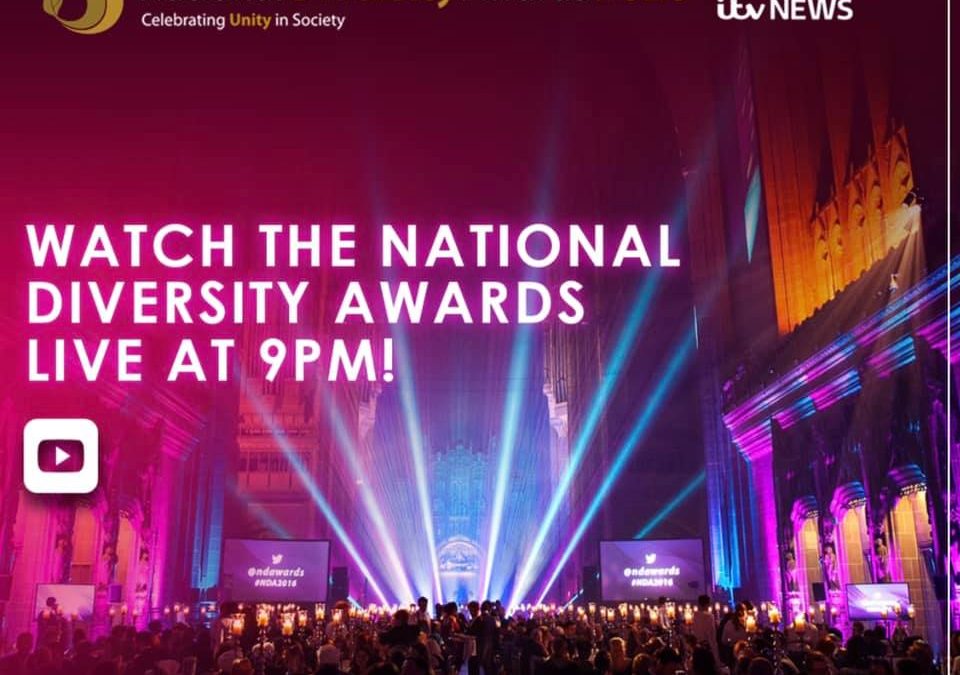 The National Diversity Awards will be live streaming at 9pm tonight at www.nationaldiversityawards.co.uk

Live from the breathtaking Liverpool Anglican Cathedral tonight, you will be able to witness the countries 2020 winners being crowned the best of British diversity.

Our Chief Executive was chosen out of a record breaking 62,000 people nominated to be in the final 5 for her category being recognised for her achievements nationwide. A huge achievement in itself!

The ceremony, dubbed the ‘Golden Globes’ of the diversity world, will be hosted by TV presenter Konnie Huq.

ITV News have been working in conjunction with organisers leading up to the awards to highlight inspirational people and underrepresented communities on regional and national news channels.